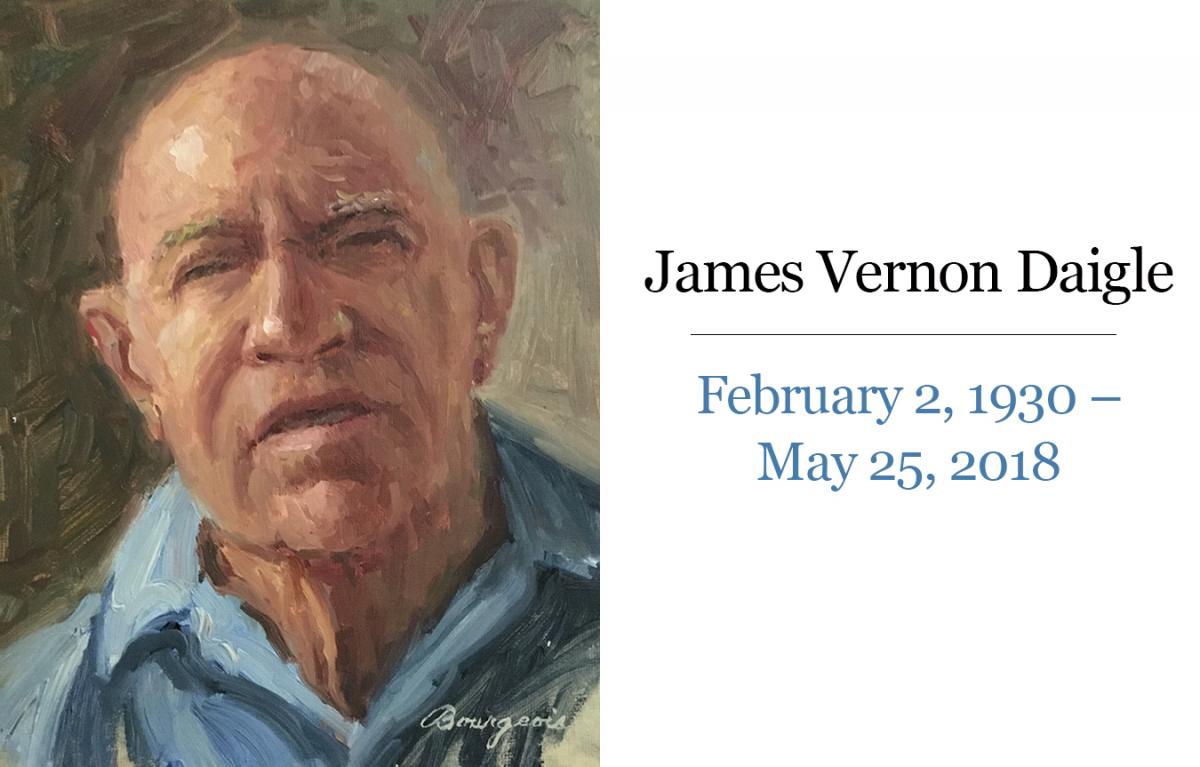 Mr. Daigle was born on February 2, 1930 and departed from this life on Friday, May 25, 2018 at his residence.  He was a retired music technician, an active member of the Knights of Columbus and St. Mark Catholic Church.  He is preceded in death by his beloved wife Hazel Daigle, parents Sidney and Mary Frances Mire Daigle and six siblings.  Survivors include a host of nieces, nephews, other relatives and friends.

Vernon was married on December 29, 1960.  He retired as a piano tuner from Louisiana State University in 1976.

Mr. Daigle was a strong advocate for the blind and visually impaired.  Vernon loved his wife Hazel, his family and friends.  He inspired others to follow in his footsteps. A state and national service award for contributions to the Louisiana Council of the Blind and the American Council of the Blind was named in his honor and is given out yearly to an outstanding Louisiana Member.  He loved telling Cajun jokes and stories.  He was a wealth of information.

He had a strong faith in Christ and the church.  His faith and belief were steadfast throughout his life.  He will certainly be missed by all who  loved him.