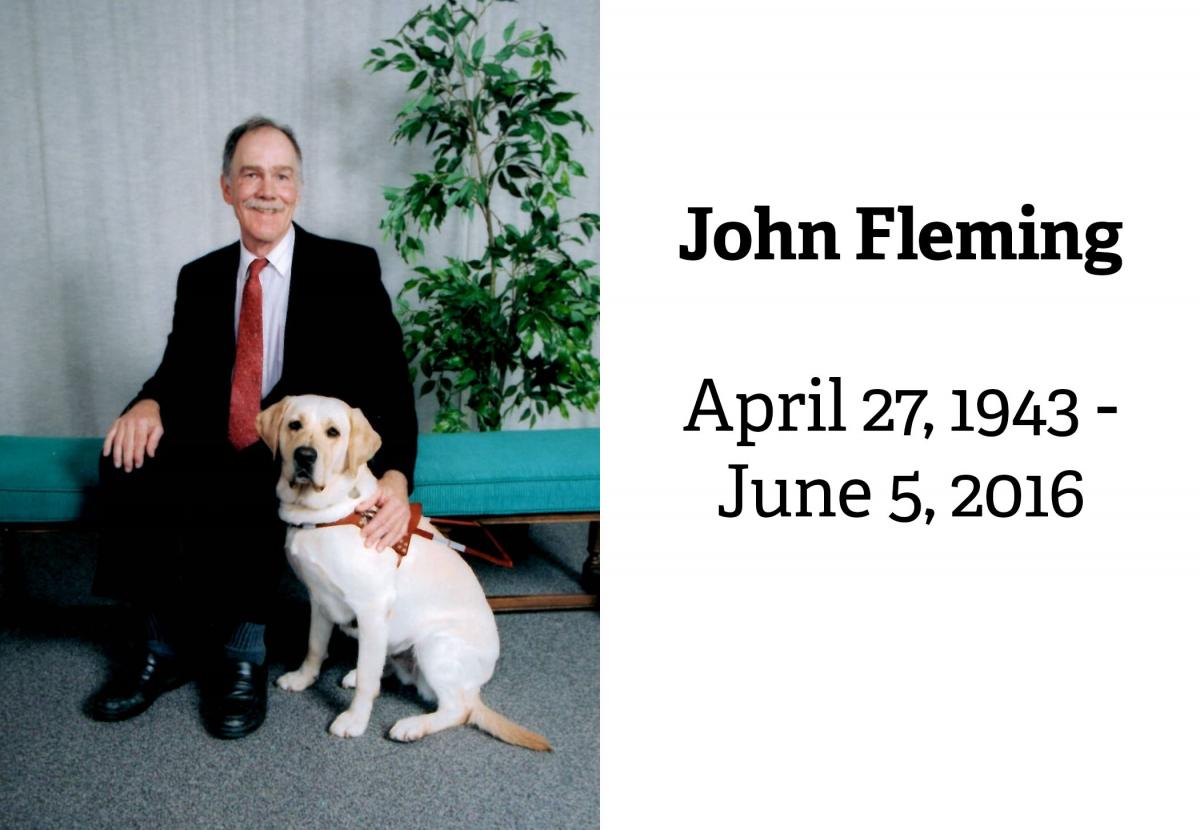 John was the oldest of three brothers and an adopted Apache Indian sister. John and his brother, Eugene, grew up with poor eyesight. While studying at Harvard University, Eugene learned that he and John had retinitis pigmentosa.

John participated in Boy Scouts, where he learned to pack parachutes. One summer, he and his mom spent weekends at the top of a tower in the woods notifying flight controllers of airplane approaches. John learned the craft of ceramic tile setting from his father and worked in the family business, and then on his own, until deteriorating sight ended his career. John dreamed of being a pilot; in 1961 he joined the Air Force. Sadly, deteriorating eyesight ended this chapter of his life. Years later, after a near mid-air collision with another airplane, John was forced to give up his dream of flying.

John was always athletic. In high school, he wrestled and played football. He loved riding tandem bikes with his cousin. In Portland, Oregon, John joined Blind Ambition, Portland’s first blind dragon boat team. John has upwards of 1,938 skydives, over 1,200 of which happened after he lost his sight. John’s buddies urged him to give up skydiving after he lost significant vision. However, John was adamant that he could not give up this dream as well. He and his buddies devised a plan utilizing audible altimeters and two-way radio communication with friends on the ground who talked him down.

Fearless and tenacious, John used his experiences to encourage and inspire other people to pursue their dreams despite adversity. In the late ’90s, John became the president of the Rogue Valley Chapter of the American Council of the Blind of Oregon. In 2000, as a recipient of a Durward K. McDaniel First-timer award, John attended the ACB national convention. He was then elected president of the American Council of the Blind of Oregon. In 2010, as one of the founders of ACB of Oregon’s Metro PDX Chapter, John served as its first president. John was active in ACB national, serving on the constitution and bylaws and credentials committees. He served as president of ACB’s Visually Impaired Veterans of America special-interest affiliate. During Mitch Pomerantz’s presidential terms, John organized two very successful skydiving fund-raisers, called “Blue Skies for Future Eyes,” earning close to $10,000 each time for ACB. John also served as president, secretary and treasurer of the Oregon Regional Group of the Blinded Veterans Association.

On July 1, 2006, John married Darian Slayton, a fellow member of the ACB of Oregon. This was an answer to another unspoken dream for John. In his final years, John’s granddaughters were his greatest joy.

John never stopped living, loving, laughing and giving, that is, until a second bout of lung cancer took his life on June 5, 2016. His zest for life lives on through his story and our memories. Blue Skies Forever, John!