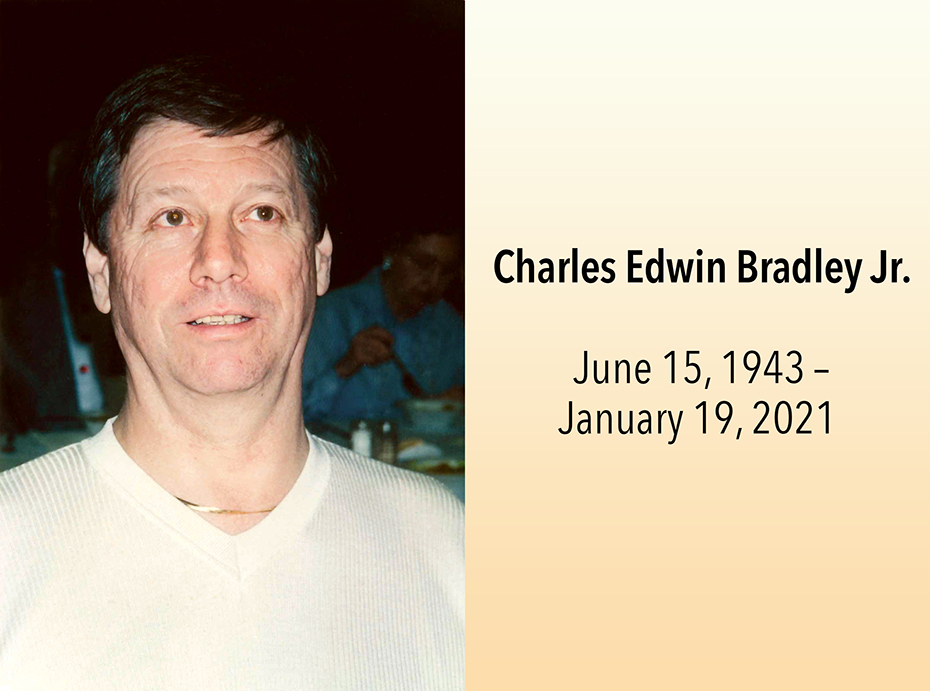 Ed was born June 15, 1943, in Cushing, Okla. to Charles and Martha Bradley. He was preceded in death by his mother and father, and two brothers, Gerald and Michael. He is survived by his wife of 33 years, Linda; two sisters, Jeanie Sappington and Pat Coyner; and his children, Lynn Johnson and James Bradley; grandchildren Corissa Johnson, Jillian Henry, Elizabeth, Alex and Braden Bradley, and numerous nieces and nephews.

Ed loved his family and was active in his church, St. Stephen’s United Methodist Church. After graduation from high school, he worked in the Business Enterprise Program under the Commission for the Blind. He also worked as a massage therapist. He changed careers, graduating from Texas Chiropractic College. He opened his private practice in La Porte, where he worked for 19 years before moving to Houston. He retired after 26 years.

Dr. Bradley began working with blind and visually impaired young people as a mentor in Oklahoma and expanded his mentoring to the American Council of the Blind in Texas, Lighthouse of Houston and Houston Taping for Blind (Sight into Sound), and Lions. He participated in all these activities while gradually losing his own sight due to retinitis pigmentosa. He served on the boards of ACB, ACBT and the local Houston Chapter, encouraging political involvement and advocacy for the blind and visually impaired.

In addition to his ACB involvement, Dr. Bradley became extremely involved in the National Beep Baseball Association, serving as their president for two different terms for a total of more than 10 years. Beep baseball was one of his greatest loves in life. He played for teams in Pasadena and Houston for 25 years, coaching for several more years, all the while promoting the game of beep baseball.

He received several awards and recognition for his continued service and dedication to improving the quality of life for people who are blind or visually impaired. He is truly missed!