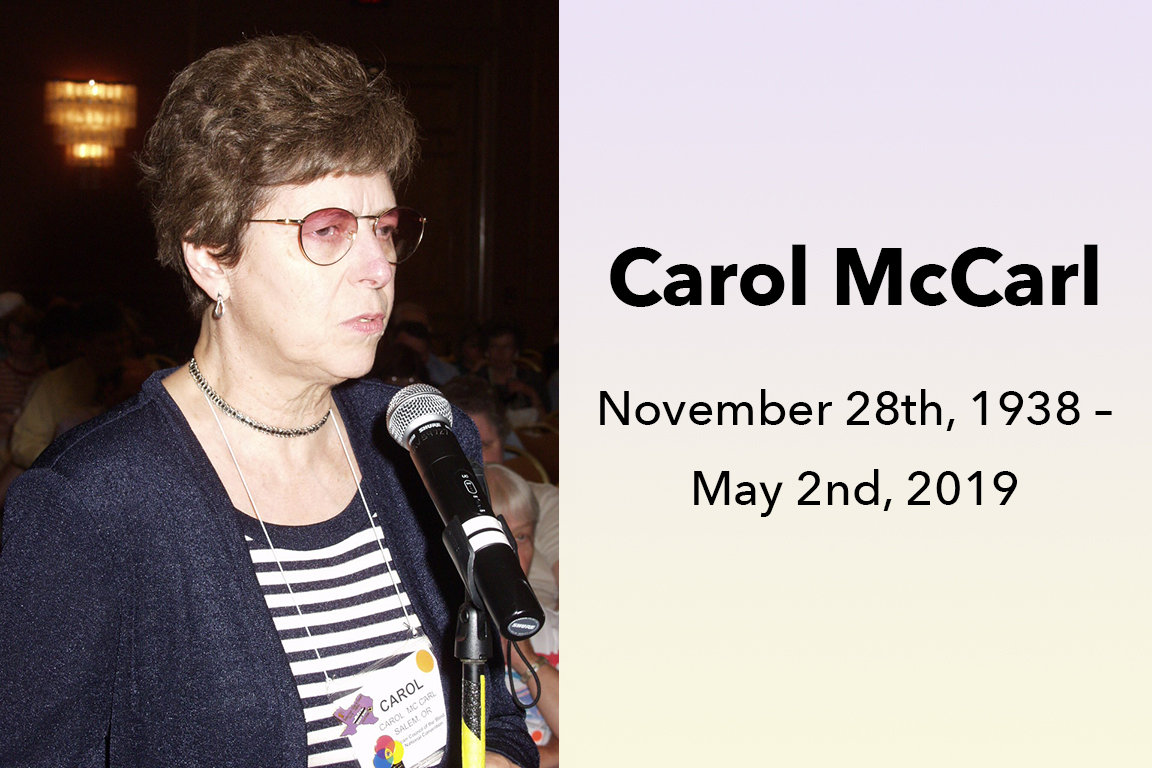 Carol M. McCarl died in Salem, Oregon on May 2nd, 2019 at the age of 80. Carol was born on November 28th, 1938 in Green Bay, Wisconsin. She graduated from the Wisconsin School for the Blind in 1955, then received a bachelor's degree in elementary education in 1959, and a master's degree in 1960 in special education from Boston University.

Carol, who was born with retinitis pigmentosa, accomplished many things over the course of her life. She moved to Oregon in 1964 to accept a teaching position at the Oregon School for the Blind. She cared deeply for blind children because she knew firsthand how insurmountable the challenges facing the blind may seem at first. To that end, she taught blind children for 30 years both at the Oregon School for the Blind and Portland State University.

Another accomplishment was starting her nonprofit Blindskills Inc. in 1983. As a result, she became the publisher of two different visual impairment related magazines-Lifeprints, which she founded in 1983, and DIALOGUE, whose Founder, Don O. Nold, asked her to take over the 28-year-old publication in 1990.

Her dedication and hard work earned her the Migel Medal, a lifetime achievement award by the American Foundation for the Blind. It is the highest honor in the field of blindness. The award is presented annually to professionals and volunteers “who have contributed to improving the lives of people who are blind or visually impaired.”

Carol was a long-time member of the American Council of the Blind of Oregon and served as the ACB of Oregon President from 1974 to 1977.

Thank you, Carol, for your many years of service and inspiration. We will miss your lovely smile.